The general meeting of shareholders elects the members of the Board.

EAM Solar’s Articles of Association provide that the Board of Directors shall have no fewer than 3 members and no more than 7 members. In accordance with Norwegian law, the CEO and at least half of the members of the Board must either be resident in Norway, or be citizens of and resident in a EU/EEA country.

Stephan L. Jervell (Board member)
Stephan L. Jervell works with litigation, dispute resolution and negotiations, and public law framework conditions for trade and industry, including EU/EEA law in Wiersholm. Mr Jervell is admitted to the Supreme Court and litigates regularly before Norwegian courts. He has considerable litigation experience from international arbitration in numerous European countries, and has litigated several times for the EFTA Court and carried out hearings before the EU Commission. He also has experience as an arbitrator in national and international arbitrations. Jervell is chairman of Wiersholm and is inter alia chairman of the board of Riksteateret and Opplysningesvesenets Fond and is member of the board of several Norwegian and foreign companies. 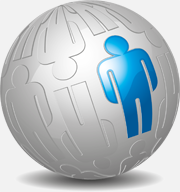